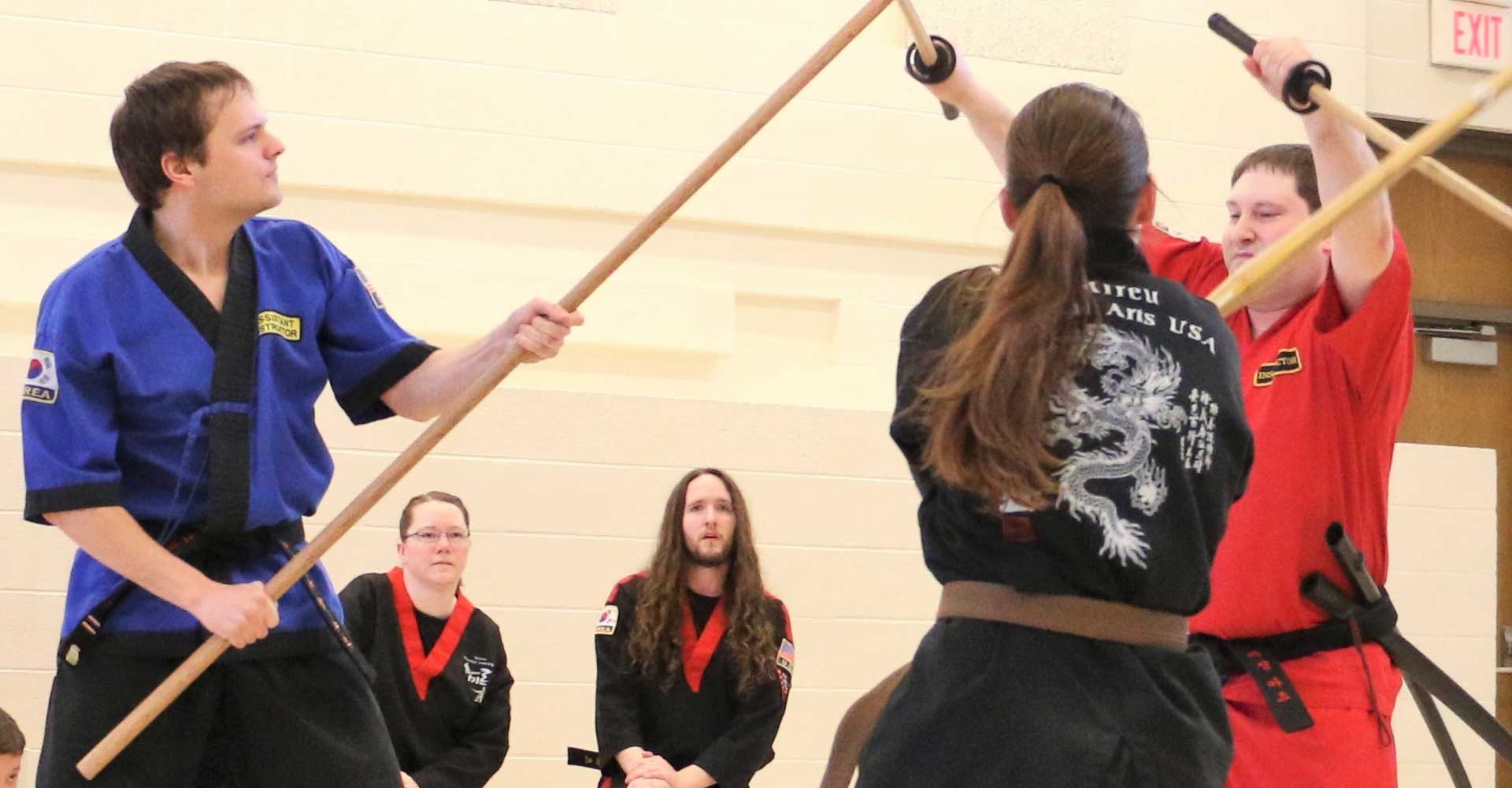 Kumdo Equipment and Other FAQ

What uniform is worn?

All Kum Do students wear a set of blue jacket and pants do-bok (martial arts uniform) and a colored dee (belt) due to their ranks. Advanced students also make use of protective armor (hogu) if they wish to participate in competitive matches.

Are colored belts worn in Kum Do?

Yes. Sabumnims (masters) wear a set of red colored do-bok, which is different from students.

Do I need to buy armor (hogu) right away?

No. hogu is usually not needed until a student is more advanced.

How large is the swords (competition & practice) in Kum Do?

Do I need to have had prior martial arts experience before I can study Kum Do?

No. Experience in other martial arts, while it may be helpful, is not a pre-requisite for studying Kum Do.

Does it cost a lot of money to get started in Kum Do?

No. Same as other martial arts, just basic equipments are required to get started in Kum Do. Also, there is rentable equipment available for beginners for a nominal fee and at no cost for trial students.

Where did the Kum Do forms originate?

Students will train various Kum Do forms in classes. The main document for Kum Do forms is Mu-ye-do-bo-tong-ji, which is the encyclopedia of 5000 years of Korean Martial Arts finished in Cho-Sun dynasty. The world’s oldest sword form (over 1500 years old), Bon-kuk-kum-bup will be trained in class for colored belt students.

Were the Korean sword forms ever used in battle?Yes. Many different sword techniques and forms were used extensively in battles in medieval Korea. Generally, officers were equipped with multiple swords with a spear or a spear-length sword on the horse. Foot soldiers were equipped with one sword, double swords, or a spear due to different types of military division. Once firearms were introduced in Korea (mid-16th century), however, the sword declined in use and was practiced primarily by martial artists families for maintaining the heritage and by governmental institutes as a means of spiritual development among officers.